Do you know the legend of the hummingbird?

One day a terrible fire broke out in a forest. Frightened, all the animals fled their homes and ran out of the forest. As they came to the edge of a stream, they stopped to watch the fire and they were feeling very discouraged and powerless. They were all bemoaning the destruction of their homes. Every one of them thought there was nothing they could do about the fire, except for one little hummingbird. This particular hummingbird decided it would do something. It swooped into the stream and picked up a few drops of water and went into the forest and put them on the fire. Then it went back to the stream and did it again, and it kept going back, again and again, and again. All the other animals watched in disbelief; some tried to discourage the hummingbird with comments like, “Don’t bother, it is too much, you are too little, your wings will burn, your beak is too tiny, it’s only a drop, you can’t put out this fire.” And as the animals stood around disparaging the little bird’s efforts, the bird noticed how hopeless and forlorn they looked. Then one of the animals shouted out and challenged the hummingbird in a mocking voice, “What do you think you are doing?” And the hummingbird, without wasting time or losing a beat, looked back and said, “I am doing my part.”

Last fall, at a networking event, someone mentioned I was like this little hummingbird as I was explaining my deep motivation behind World Adventure Divers. While these were some the kindest words, however, somehow, they triggered a depressing feeling in me. I wanted to write a compelling piece about ocean conservation but it took me 6 months to write this article.

” But… I am bigger than a hummingbird, I should be able to do more…”

Last summer, screening the sea for dolphins with Marine Biologist Kimon in Alonissos National Park, I asked: “How do you define the aim of conservation?” He answered the job was mainly about collecting data, in his case long hours at sea to look for cetaceans and to record when, where, which individual and what type of behaviours. Then a long analysis job starts to give a meaning to the large amount of data collected. The scientific information will serve to educate and hopefully influence policymakers.

The scientist in me was quite satisfied with such a logical way of proceeding, but the blogger in me, far less patient, wants to spread the word and take action, so hopefully, you can be inspired to do the same. Writing can be so powerful when you find the right words and manage to strike a chord.

But who am I am to tell others what to do? I am not a role model; my lifestyle is still far from being the ultimate example of veganism, zero waste or zero carbon emission.

Should I just publish another listicle with eco-friendly lifestyle ideas but not taking proper actions myself? Am I an imposter? Is the solution to end any form of travel and just go back living in a cave to answer potential detractors?

Please, take this article as a roundup of where I am in my journey of doing a little better for our planet and our oceans, and pick whatever resonates like something easy you can do to hopefully start yours if you have not started yet, and if you did, maybe your next step.

What I have been doing so far in hummingbird mode

What is overwhelming and discouraging me (sometimes) 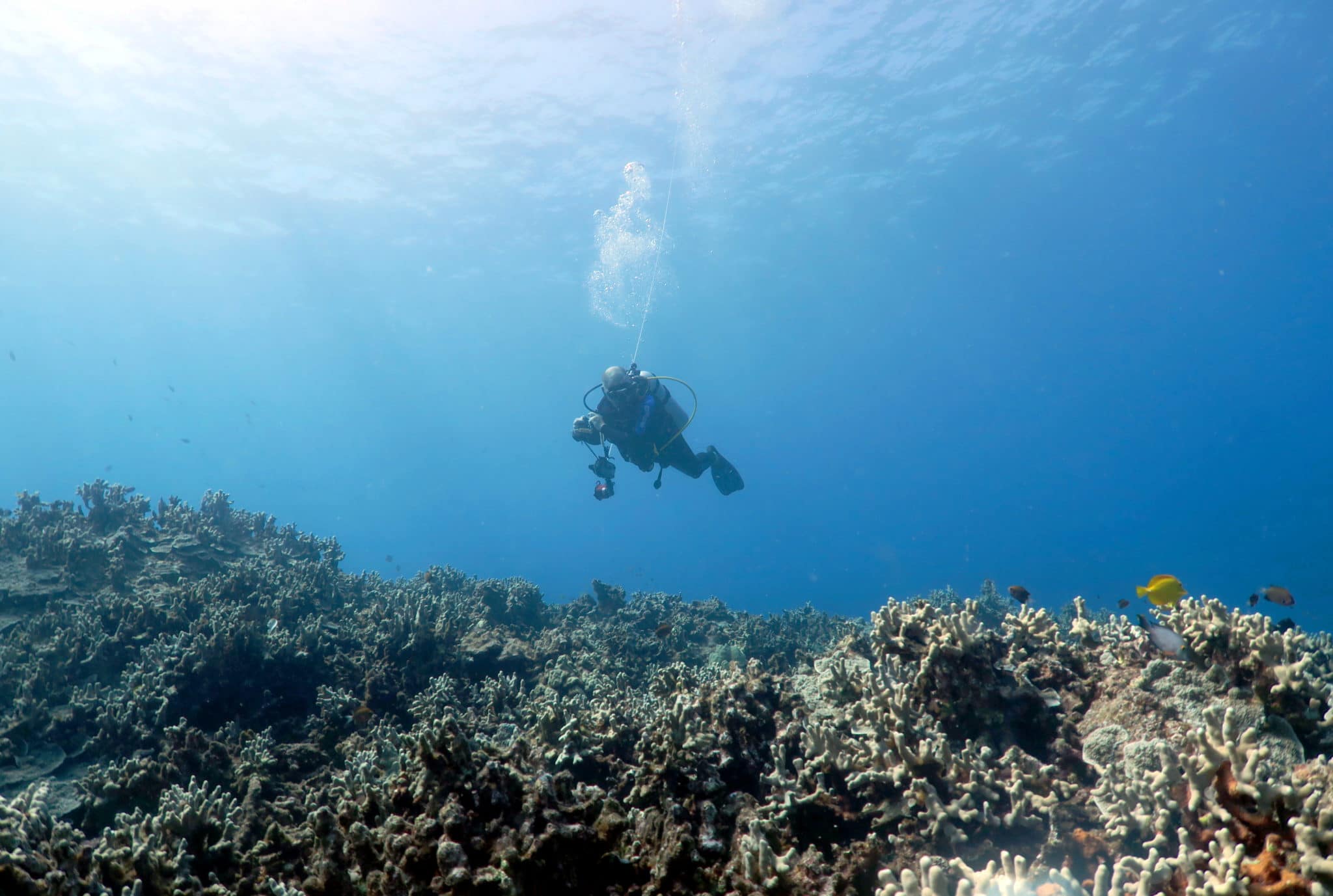 The last 2016 El Niño heat wave bleached badly the entire coral reef in Hawaii, not dead yet but in severe conditions – picture from October 2017 in Honaunau, Big Island

Why I still have hope despite all these issues

Visiting the exhibit “a Ray of Hope” at the Scottish Seabird Centre in North Berwick, Scotland

What I will actually do instead of giving up

My 2nd ocean conservation experience in Alonissos, Greece, in 2017, told me really what conservation is about and that I really want to do more of it

Even if what I am doing is far from being perfect, the baby steps approach is what has led me today to bring tremendous changes in my life and hopefully doing my part in preserving our oceans.

For the coming months, I want to keep learning about how to embrace new eco-friendly habits and researching about the best practices in the conservation world:

Where should you start your own journey?

My point is don’t go extreme right away, you would give up in less than a month. Take your time, make trials and errors, and above all, learn why you are doing it. If you have not started your journey yet, I warmly recommend you first to raise your awareness. It is essential to understand at a global level what’s going on with climate change, plastic pollution and overfishing. Once you clearly understand what is at stake, you will naturally start to take actions step by step.

Once one small eco-friendly new habit is part of your life, the next one will seem far less intimidating. Pick whatever seems the easiest to you, it can be anything from stopping using plastic bags and always carrying a reusable one with you to not eating meat on Mondays. It doesn’t matter where you start, it’s to start that matters.

So before you try changing any habit in your life, here are some documentaries I recommend you watching (most are available on Netflix), they explain in plain English what is truly at stake. They will leave you empowered with the knowledge of why we need to do better even in hummingbird mode: 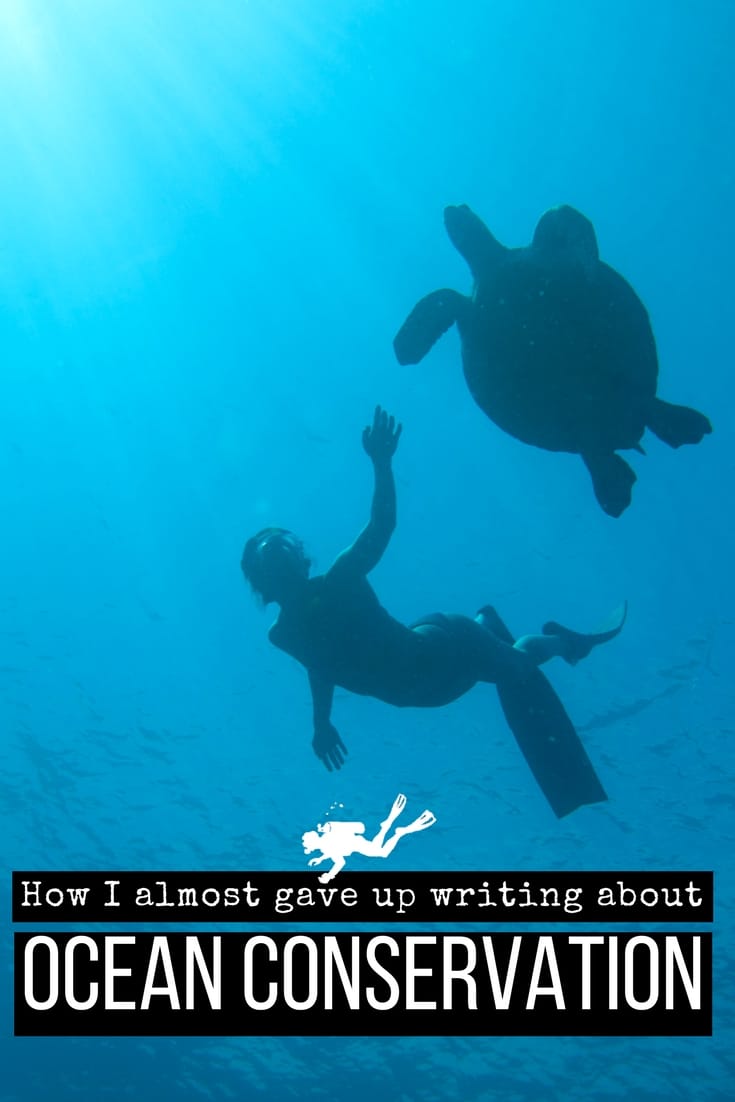 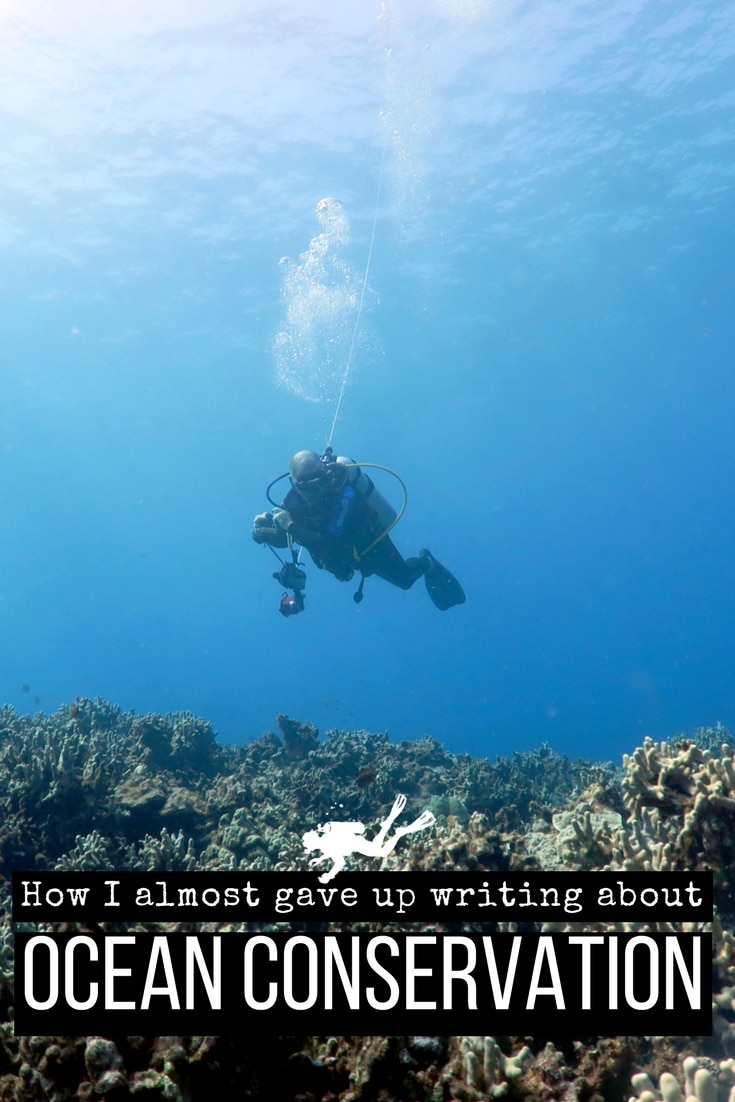