I heard for such a long time about the beauty of the capital city of Hungary. The banks of the Danube River, the lace architecture of the Hungarian Parliament, and the Buda Castle overlooking it all. Beyond its fabulous patrimony, I knew the dark history the country went through in the WWII and then the Soviet Period. Since Hungary joined the EU in 2004, I was eager to visit this mysterious city. So when I heard you could dive in Budapest, the destination went up rapidly to the top of my scuba bucket list. These words resonated magically “Imagine diving below a city” and what city… I can describe Budapest being the perfect balance of what I love about Paris and Berlin when historical elegance and free creativity meet.

Buda, Pest and the water 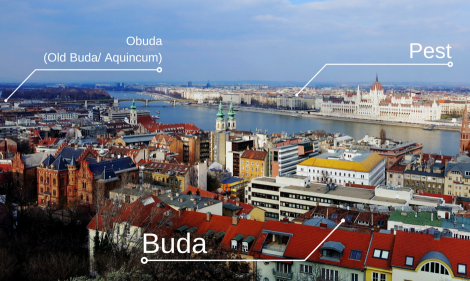 Although at 500km away from the closest seashore, Budapest is a city of water. There is the Danube River which historically separated the two towns of Buda on the west bank and Pest on the east bank. However, it is not the only source of water of the city. The Romans, from as early as 89 AD, already understood it when they founded Aquincum (“Rich in water” in Latin) on the location of Óbuda (the Old Buda) where ruins of the first thermal baths can still be visited.

A vast underground hot spring system is flowing beneath the city. Their combined flow rate is 40 000 000 litres of hot water per day and 30 000 000 litres of warm water per day. The origin of the words Buda and Pest is not clearly identified but one interesting explanation links their origin to the terms voda and peč in Slavic languages meaning water and furnace/cave! I like to think this is the reason, from the 1970’s, some Hungarian cave divers decided to reveal the underwater secrets of Budapest.

First a stone mine during the 19th Century (this is what Köbánya means), the limestone extracted was used for many famous buildings and monuments such as the Fishermen’s Bastion. After the mine closed in 1890, it was turned into a beer factory as the climate inside was perfect for the malting process. Wells were dug in the mine to extract water for the beer. The beer factory closed when it was not profitable anymore to produce malt in Hungary. What happened next is that the wells started to fill up and flooded the cellars, creating for the greatest pleasure of scuba divers decades later a unique dive site. Most of the tunnels are only accessible to certified full cave divers (a wreck diver speciality can be accepted too), but there is one site open water divers can go as there is no overhead ceiling. The highlights of diving Köbánya is due to its pure fresh water offering perfect visibility and the different artefacts that were left behind when the beer factory closed. Maximum depth is 30m and the water temperature is quite stable all year long at 13°C (Dry suit is recommended but not compulsory). Air in the mine is at 8°C, so be sure to bring warm clothes with you! Köbánya can be considered as an artificial cave diving site but it is not less exciting.

Now, what if I tell you that there is also a natural underwater cave system of thermal springs with water between 20 and 28°C that can be dived below Budapest? Yes, I know, I want to do it too! It is called the Molnár János Cave. However, it can only be explored by certified full cave divers. OK, now I am thinking… what if I return to Budapest to get a cave diving training?

Things to do in Budapest after your dives

In 4 days, I had the time to explore the city at a very relaxing pace. Here are my 4 favourite things I would recommend for any first timer in the Hungarian capital city:

When to go to Budapest?

The good point with the mine and the cave system is they can be dived all year-long as the conditions and the water temperature remain stable. When you visit Budapest has more to do with the outdoor climate for your activities around the city. Hungary has a continental climate which means glacial winters and steamy summers. Winter might be cold but you might fancy enjoying the outdoor thermal pools of Széchenyi with snow around you. Summer temperatures can reach 40°C and the city is quite crowded, especially in August with the famous Sziget music festival. The best compromise would be spring and autumn, in April-May and September-October, that why I decided to go for a long Easter weekend.

Where to stay in Budapest?

There are plenty of hotels and hostels for every budget in Budapest, from the famous Deluxe Corinthia hotel to the backpacker’s favourite design hostel Marick Lodges. In my case, as this trip was also the opportunity to spend some time with a friend and I wanted a cosy feeling for the 5 nights I spent in Budapest, I chose to rent an Airbnb apartment. It was ideally located in the heart of the city, 15 min walking from the Jewish District and less than 10min walking to the metro station Vörösmarty Utca taking us in 5 min to Széchenyi Baths. The flat was newly refurbished and had a sleek and stylish setting. We had a bedroom and a living room integrating a small kitchen; it was perfect. This flat could have easily fit 4 people with the sofa bed in the living room. For the 2 of us, as we stayed 5 nights, we paid about 20€ per night per person. At this price, why looking further? (Besides, I loved staying in PJ to prepare our breakfast before every new day of discovery in Budapest). If you want to rent the same flat, contact Kitti on Airbnb! (Here is a link to get a credit of 31€/£25 on your first Airbnb stay). 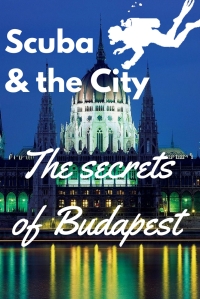 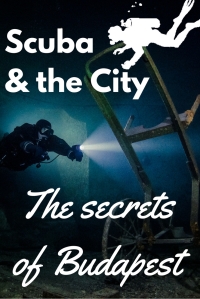 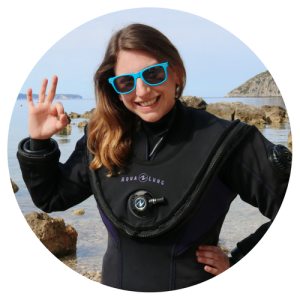