To fly from Japan to Maui, I had to make a choice between flying via Oahu (Honolulu) or Big Island (Kona). Given the possibility of seeing lava flowing into the ocean or scuba diving at night with a ballet of manta rays, I decided I could give up on Waikiki Beach and Pearl Harbour Memorial in Oahu this time.

After 11 days to explore Maui and Lanai, I came back to Big Island for the last part of my trip. Instead of exploring Kona right away like everyone else, I rented a car directly at Kona International Airport, drove 45 minutes north, ready to explore the Kohala Coast and the north tip of the island where I was promised adventures away from the crowd: diving in lava tubes in Hawaii!

Big Island: the most active volcanic island in the world

The Hawaiian Islands were formed by a hotspot moving below the tectonic plate of the Pacific Ocean. Currently, the hotspot is below Big Island, making it the youngest of the Hawaiian Archipelago while Kauai is the oldest. The Kohala volcano is the oldest volcano of Big Island, it last erupted 120,000 years ago while the other volcanos of the island are still active.

In the south, Kilauea volcano has been erupting non-stop since 1983! In the Volcano National Park, you can see a lava lake in its crater (its red glow at night is magical), and in Kalapana lava fields you can watch lava flowing into the ocean!

What is a lava tube?

A lava tube is cave system formed by a lava flow when its surface cooled down and hardened while inside the lava keeps flowing at 1,200°C. When the eruption of the volcano stops, the lava stops flowing, and only the hardened ceiling remains. Lava tubes can be seen on land and underwater in the Hawaiian Islands. Underwater, the geological phenomenon has created phenomenal dive sites with tunnels, caverns and arches.

While doing a tour of the coffee farms of Kona, which is on the slopes of Hualalai Volcano, I could visit a lava tube at the Royal Kona Coffee Center. There is also an impressive lava tube you can visit in the Volcano National Park of Big Island (unfortunately, I ran out of time as I couldn’t stop watching the lava flowing into the ocean with the sunset in Kalapana).

Kawaihae Harbour was only 20 minutes of driving from Waikoloa Village where I was staying for 2 nights. Check-in time in the morning was at 7.30 am, so I had enough time for a quick coffee with a slice of banana bread at 7.00 am at my Airbnb. I must say it felt good to not have to wake up as early as for Molokini Crater in Maui and enjoy a bit more my comfortable bed.

For 2 days, I did 4 dives starting at 8.00 am and finishing at 1.00 pm with Kohala Divers. Each one of our dives was so contemplative and relaxing: we were gently drifting along the lava rocks covered in sandpaper coral among the blue stripe snappers, the yellow tangs and long-nose butterflyfish. It was only our group of divers in the water. On the first day, we were 8 people on board and the next morning, it was just my buddy, another diver, our divemaster and I in the water.

After my dives in Maui, I started to think there was hardly any nudibranch in Hawaii. It seems they were all hiding on the Kohala Coast of Big Island! I saw so many species I had never seen before: the snowball nudibranch (Peltodoris Fellowsi), the white-margin nudibranch (Glossodoris Rufomarginata), the gloomy nudibranch (Tambja Morosa), and the famous Blue Dragon nudibranch (Pteraeolidia Semperi)!

Beyond turtles, sharks and mantas that are of course incredible animals to see underwater, I had a real crush on the Arc-eye Hawkfish. It was a shy fish but curious enough to let me come close for a picture or two before swimming away in an eye blink. It names comes from the rainbow colours around his eyes which make this mid-size fish a perfect subject for underwater photographers.

During our 4 dives, we saw many small white-mouth moray eels,  a couple of leaf scorpion fish, a big frogfish, and I even had a quick look at a pod of dolphins passing by! Water was one degree cooler than in Maui on the first day due to a mild current, so I felt my 5mm full wetsuit was a comfortable choice. I much appreciated that Kohala Divers let us having hour long dives, until we hit the reserve. The fact that the dives sites are only 10-15 minutes away from Kawaihae Harbour certainly helps to have a more relaxed schedule.

You can find below the parameters of the four dives we did with Kohala Divers.

Lava tunnels of the Kohala Coast: maybe not for everyone, but not to be missed

Scuba diving in lava tubes was the big highlight of my dives with Kohala Divers. How would you feel diving where the lava used to flow at 1200°C knowing on the most active volcanic island in the world? Hopefully, the Kohala Volcano last erupted 120,000 years ago!

At the dive briefing, our divemaster popped up the question “Is anyone claustrophobic”? Before entering in my first lava tube, I imagined a narrow space, but the caverns we entered were most of the time flat, vast areas with a low ceiling. We were at all time a couple of meters away from open water, but from a chamber to another there were sometimes narrow swim-through. Without perfect buoyancy there is a risk to bump into the volcanic rock: watch your head and your first stage!

I can honestly only recommend diving in the lava tubes to advanced divers with excellent buoyancy control. If you are not too claustrophobic, a reward is hiding in the tunnels. From the snowball nudibranch to giant spiny lobsters, these were species that you cannot see on the reef. I also played hide and seek with the marbled shrimps and finally found one who wasn’t too scared by my camera. In the last tunnel we visited, we swam into an enormous school of paeony bulleye fish, which with their bright red colour made me think of the lava which used to flow in the tunnel. It suddenly made me realise where I was.

The best sites for lava tube dives on the Kohala Coast are “Black Point”, “Frog Rock” and “Lava Dome”, on its northern side. By booking with Kohala Divers, you will be diving with a friendly team of divemasters who are locals who have been scuba diving their whole life in Hawaii and know the sites to the perfection.

It is important to note that these dives are not cave diving, so do it safely you need to stick to your divemaster who will remain in the safe zone. The professionalism of Kohala Divers was outstanding: long and precise dive briefings, they take good care of your gear, and their knowledge, passion and smile make me recommend them without hesitation. To go out of the beaten track in Big Island, go diving with Kohala Divers!

Where to stay on Big Island?

It was maybe the only problem with diving in the Kohala region. If you look at hotels in the area, you are likely to only find luxury resorts in the Waikoloa Resort area on the South Kohala Coast. It’s on Airbnb I finally found a solution for my buddy and me. For a 100 USD a night, we got a luxury suite in the stylish and very Hawaiian home of Barbara in Waikoloa Village (only 300m of altitude, which is an essential detail after scuba diving in Hawaii). On the second night, as I was editing my pictures of the day, she offered me freshly made popcorn while we were chatting, showing her the underwater beauty of her area. Something I loved about her place was the many turtles decorating the walls: it got to be the perfect place to stay for scuba diving travellers! 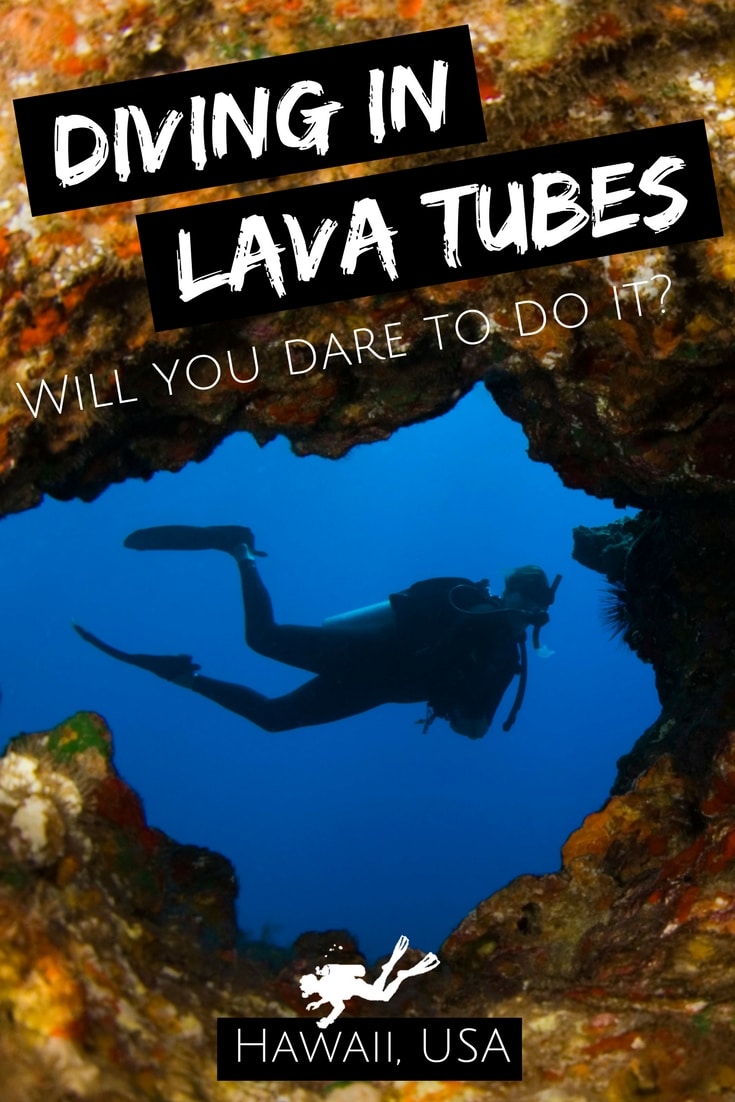 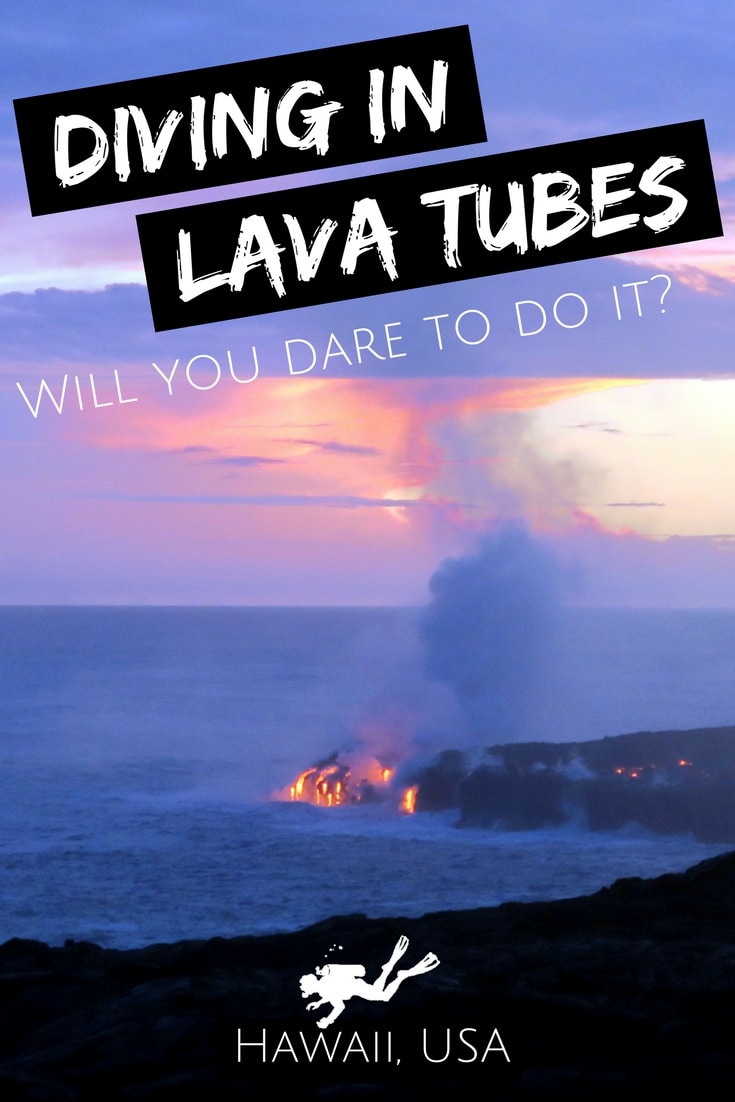