I heard and read many stories on how Kona became such a famous place about diving with manta rays at night, becoming a bucket-list dive for adventurous scuba divers worldwide. While I think the island of Maui is a better choice for avid scuba divers, Big Island is getting all the spotlight with the manta ray night dive in Kona.

In any case, floodlights switched on at night towards the waves at the Kona Surf Hotel, opened at the beginning of the 1970s, in the south of Kona, had the effect of concentrating plankton, the favourite meal of manta rays. What happened next was accidental indirect feeding every night which conditioned the manta rays to stick around for dinner.

At the beginning of the 1990’s, the first dives were organised by scuba diving operators for the greatest pleasure of scuba diving tourists. What was once a unique night dive once a week quickly became an everyday craze. But then one day in 2000, the Kona Surf Hotel closed, the floodlights were switched off, and the manta rays went away. One determined scuba diving operator, having heard about manta sightings in the north of Kona, decided to look for them. This is how he finally found Eels Garden Cove, a dive site near Kona International Airport, where this video was shot. Bringing the underwater lights in this natural feeding location was an even bigger success to see the manta rays at night.

In 2004, the Kona Surf Hotel reopened as the Sheraton Keauhou Bay Resort & Spa, and the manta rays came back. As a result, it is now possible to see them in both north and south locations. In October 2017, the manta night dive was happening every night, weather permitted. On the day the video was shot, it was not less than 12 boats with an average of 20 scuba divers or snorkelers on board waiting for the sunset.

I’m not going to lie, the manta night dive in Kona was magical, the soft blue and purple lights, the grace of the manta rays spinning above our heads, I was hypnotised for 40 minutes.

However, I have to say the number of divers around and the way it was artificially staged through indirect feeding left me with mixed feeling… In this video, you can feel the peaceful feeling of watching the manta rays again and again, but you can also clearly see the number of scuba divers around.

Knowing that October is usually low season in Hawaii, I would say it would be fair to expect twice the number of people underwater if you are going in high season (December-April & June-August).

So, what do you think: should the manta night dive in Kona remain on your scuba diving bucket list?

Average prices for the manta ray night dive in Kona

Learn more about the manta rays of Hawaii 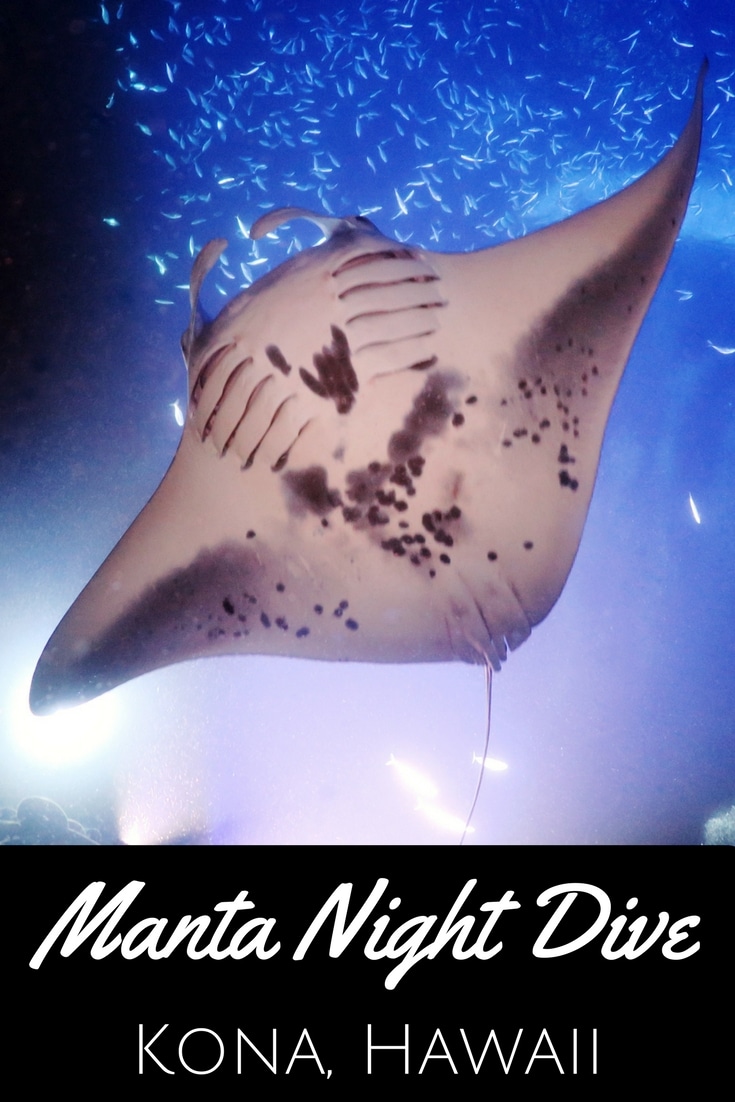 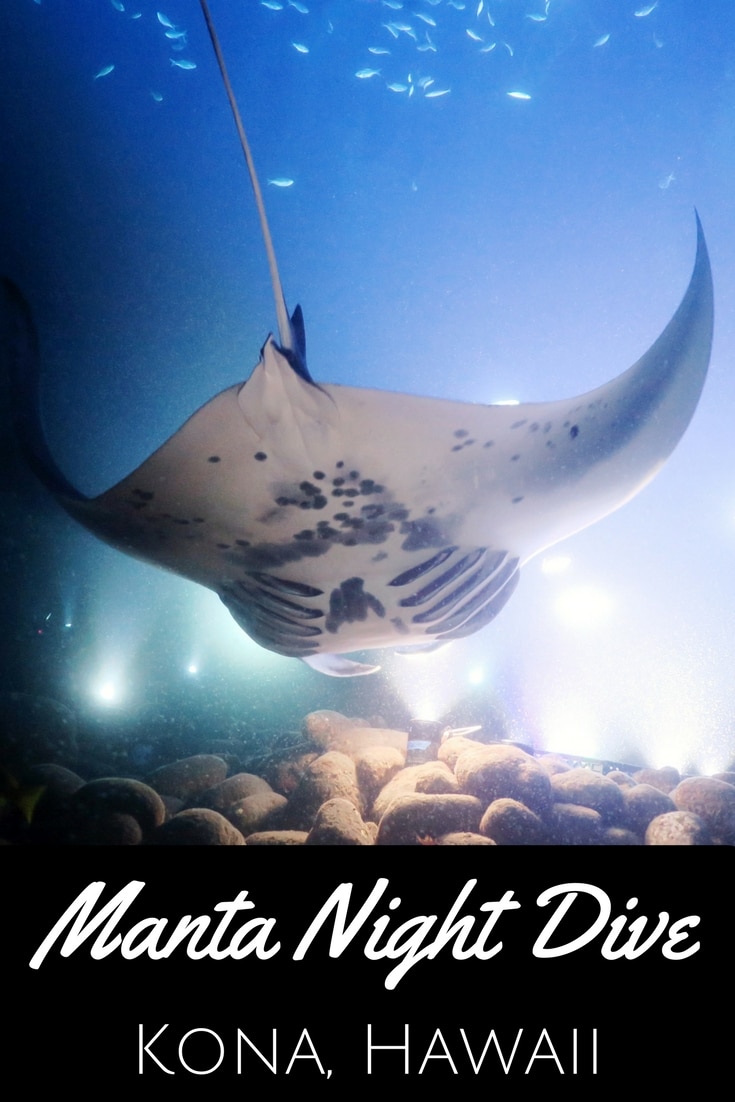