After hundreds of dives all around the world, I thought I was cursed. The first time I could have seen it was in Gili Trawangan, Indonesia, 5 years ago. The whale shark was below the boat at the safety stop, but I had ascended way before everyone else as my buddy had emptied his tank in only 20 minutes! A year later, I went back to Koh Tao for my divemaster at a time when it’s supposed to be an excellent season to spot whale sharks. After one full month diving around Koh Tao every single day, no whale shark. Another year after, touring in the Visayas, Philippines, I heard there was a place you could easily see whale sharks near Cebu. Unfortunately, it was a feeding tourist attraction, and I found on the internet pictures of people riding whale sharks… I decided I didn’t want to be part of that.

As a result, for the 8 years, I’ve been a scuba diver, I’ve been dying to see a whale shark. You could ask why it is so important to me? I have indeed been already blessed by many underwater wonders, whether diving with sea lions in Patagonia, manta rays in Komodo, dolphins in Belize, basking sharks in Scotland and finally mola-molas in Bali. So why the whale shark? Is it because it’s the biggest fish in the world? I don’t think so. Is it because of its beautiful white spotted blue-grey colours? Yes, maybe, aren’t they cute? Is it then because of their gracious and peaceful behaviour embodies why we need to protect the oceans? That might be the real reason! I wanted to witness how do they feel near us. Are they scared of us? Curious? Playful? I tried to find out.

Last winter, I watched “Finding Dory” with its new whale shark character “Hope”. I almost cried as it reminded me how bad I was hoping to see one! Just before going to Honduras, which was my ultimate plan, the friend who watched the movie with me made me a lucky charm gift: the plush toy of Hope! This is precisely what I needed before boarding my plane in the direction of Central America… Hope.

The best places in the world to swim with whale sharks 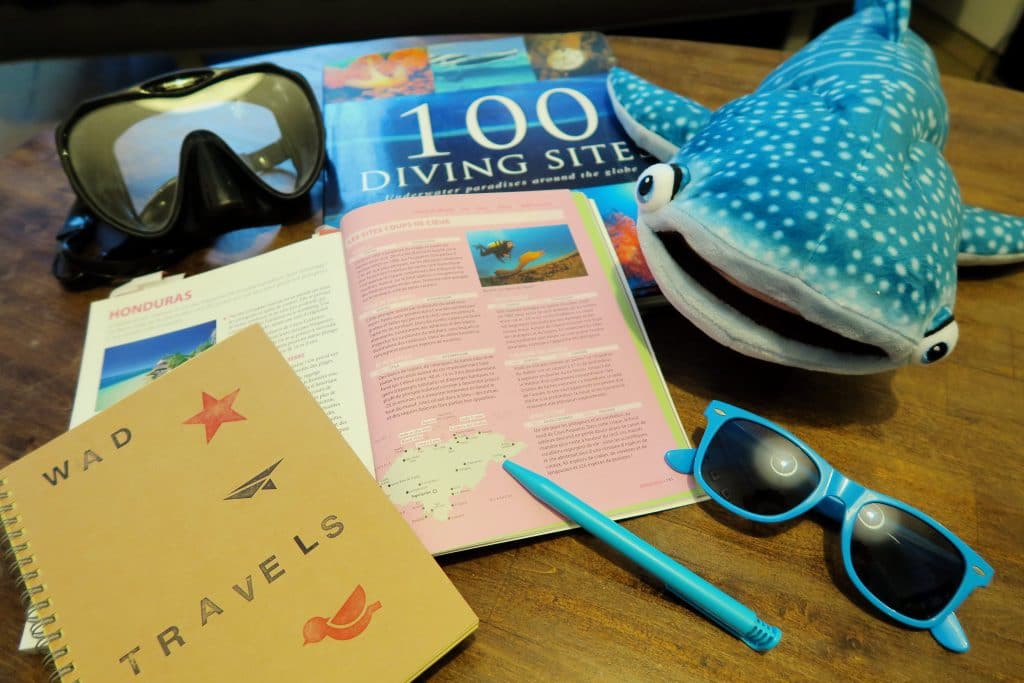 Knowing I wanted to see some whale sharks, I quickly listed the places I had the best chances to see them. Unfortunately, most of the sites were too expensive, too, far away. If like me you badly want to see whale sharks, here are a few places to consider:

On the other side, there are also a few whale sharks destinations that are more budget-friendly:

Special note: This list cannot be exhaustive. However, for information, I removed on purpose from this list any destination I considered unethical. 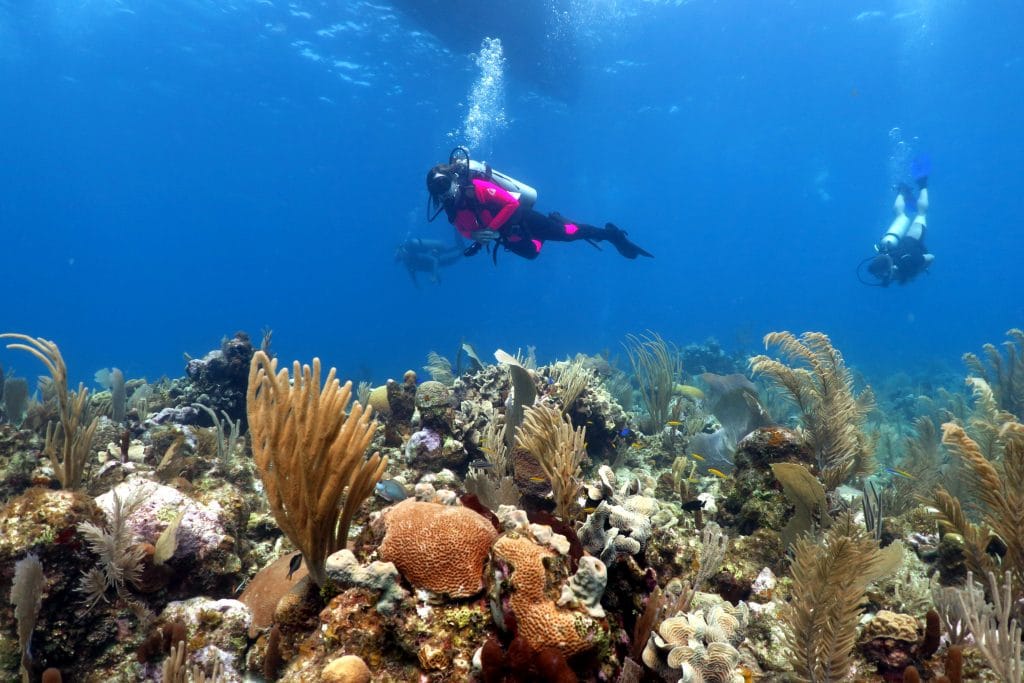 On my first scuba diving day in Utila, the question was on my lips the whole time. I finally dared to pop up the question: “So… Have you seen any whale shark recently?” The answer was not what I was expecting. There had not been any sight in a while. Instead of just feeling devastated by the news, I decided to do some research. Even if I understand with nature, there is never any guarantee, if March/April is supposed to be the peak season, what was going on?

The first free afternoon I had, I decided to head to the WSORC in Utila. The “Whale Shark & Oceanic Research Center” has been researching since 1997 about the population of whale sharks swimming around Utila. In the beginning, they had simple tools such as handwritten tags that were inefficient, but as they got more funds, mainly through the volunteers joining for a few months or the tourists joining one of their snorkelling tours, they got a better and better system to understand more what bring whale sharks all year-long around Utila. The second goal of their research is also to monitor if the number of whale sharks visiting Utila is increasing or decreasing and how the local community can reduce its impacts on whale sharks while continuing to benefit from their presence. 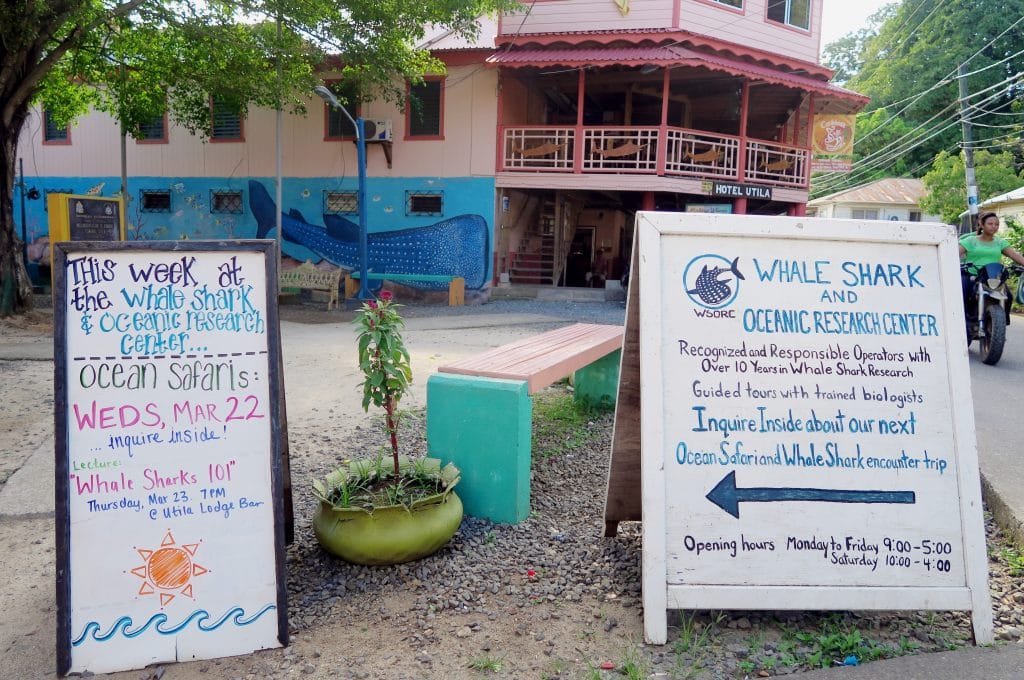 While nobody exactly knows what the exact migration patterns of whale sharks are, DNA sample studies have proved there are different groups swimming in different areas. They wouldn’t travel across oceans, but even this fact is not 100% sure.  Then when we meet whale sharks underwater, they would be different groups in the Caribbean, South East Asia, the Indian Ocean or the Pacific Ocean.

One thing WSORC told me they were pretty sure is that the peak seasons (March/April or September/October) that used to repeat in the past seem to be all messed up by climate change. The observations showed that the whales sharks like warm and quiet seas.  This year in Honduras, February was way warmer than usual; it is supposed to be the rainy “winter”. Yet, in February 2017, they said during 2 weeks, they saw up to 5 whale sharks in a day, which is a record they got 5 years ago! I dared to ask “Does it mean what was supposed to happen in March/April occurred in February?” Rafael Monrique, Community Outreach Officer of WSORC, answered: “Could be, but you need to know that this is usually after a long quiet moment that suddenly we start to see a lot of whale sharks at once”. He gave me a bit more hope. I decided not to dream too much to avoid disappointment. 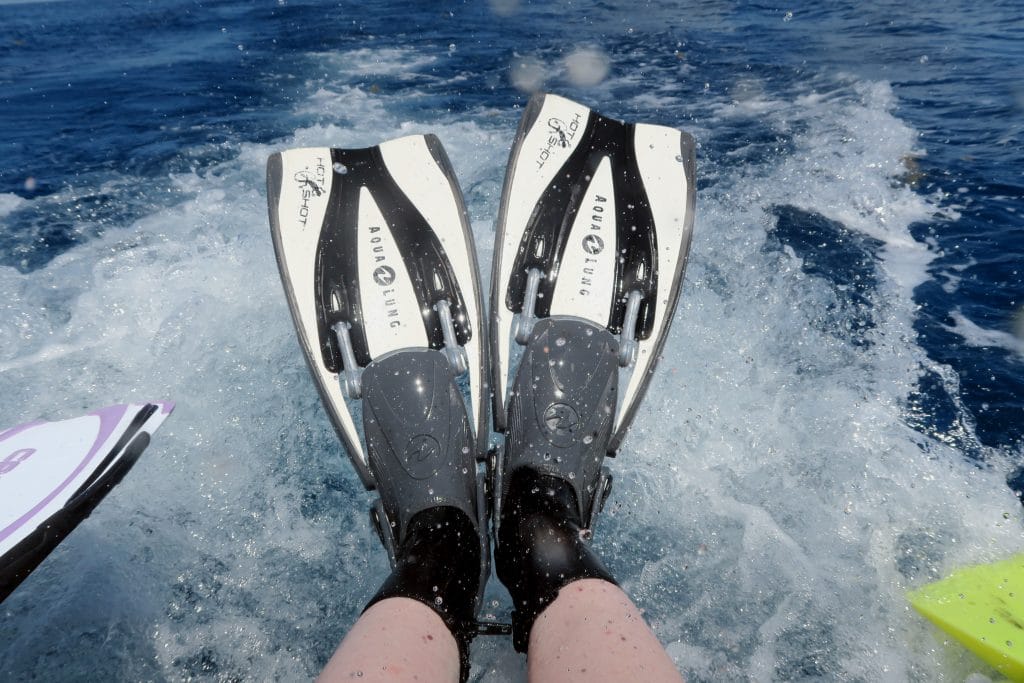 On my second diving day, during our surface interval, I had just laid down in the sun for precisely 30 seconds when the captain announced he was pretty sure he saw something. How to spot a whale shark from the surface? It seems whenever you see seagulls plunging and fish jumping at the surface, it means fish frenzy below which could mean whale sharks are in the area. As we all executed the instructions to be ready in no time with our fins, mask and snorkel on, Mary from UDC shouted to everyone “Remember! Don’t touch the whale shark!”. We were fully ready. I could almost not believe it. Was I about to finally see one? We waited. I waited. After 20 minutes of looking for whale sharks, we aborted the search. It was a false alarm, or we couldn’t find them said the captain trying to cheer everyone up. Still, I wanted to remain positive and thought at least the captain did his best. I said to myself “Who knows about tomorrow?”

On my third diving day, I changed my schedule and decided to join in the morning the members of the Eco Program of Utila Dive Center for a nature hike with the Conservation NGO Kanahau. After 4 hours hiking up and down, all across Utila, I made it just in time to catch the afternoon boat. When I arrived, directly our dive guide, Mary, asked “Have you heard? It’s confirmed, there have been whale sharks sightings. We go look for them before our dives, hurry up!” My heart pondered.

Everyone got ready as fast as they could. To save time, I decided only to put my rashguard on top of my swimsuit to avoid the gymnastics of putting my full 5mm wetsuit on. Anyway, water at the surface was 28°C, and we were meant to swim. It was a perfect choice, light but protected from the sun. I managed to secure a place at the front to be among the first ones who would get in the water. We waited, fully equipped, and cameras in hands. A religious silence prevailed on the boat. I think every single scuba diver on board was waiting for its whale shark dream to become true. Then the captain and Mary confirmed a whale shark was in sight. I had almost tears in my eyes due to the excitement. We crossed another boat during our approach; they indicated there were two whale sharks!

Because whale sharks are not as slow as you might think, we had to carefully follow the indications before sliding into the water as gently as possible to not scare the whale sharks away. Here we were: “Go!!!”

We did it 7 times. Each time we were going back to the boat to get another chance to see the whale sharks a bit further away. They are such beautiful and gentle animals. Our group of 10 divers was maybe still a bit too much action for them. Each time they checked us out but swam deeper away after 10/15 seconds. I have the answer to my question: they are curious but shy, at least in Utila. Knowing a whale shark can measure up to 13 m, I would say these two whale sharks were not that big, maybe 6 m maximum. After sharing my video on my Facebook page, someone in Utila indicated that the first whale shark which has his caudal fin cut was famous and nicknamed “Old Tom”. After all these adventures, after all these emotions, can you imagine how happy, moved and thankful I was? If like me you’re dying to see a whale shark, take a chance and go to Utila!

On which boat should you jump on to see whale sharks?

I was scuba diving for 3 days with Utila Dive Center during my 4 days stay in Utila. I heard before my trip to Honduras you had higher chances to see the whale sharks in the blue and not on dive sites. Early on my arrival, I asked how to have such an opportunity to look for whale sharks. They explained that on any day they would try to find them and make time to snorkel with them if sightings are confirmed.

Utila Dive Centre has two boats: The smallest one “Old Tom” has the same name as the famous whale shark I saw first; the biggest one “Tristan” is the one I was on when we saw the two whale sharks. Depending on how your superstition works, I let you choose which one you prefer! (note: “Tristan” is exclusively used for scuba diving courses in the morning at the moment)

Read more about my adventures in Honduras in my post about Utila and my ultimate itinerary in Honduras. 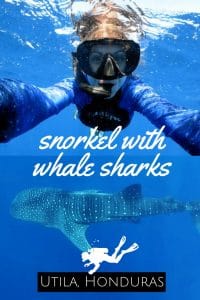 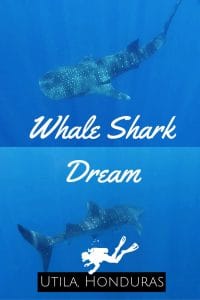